What is Confusion Matrix and Advanced Classification Metrics?

After data preparation and model training, there is model evaluation phase which I mentioned in my earlier article Simple Picture of Machine Learning Modelling Process.

Once model is developed, the next phase is to calculate the performance of the developed model using some evaluation metrics. In this article, you will just discover about confusion matrix though there are many classification metrics out there.


Mainly, it focuses on below points:


Confusion Matrix is a tool to determine the performance of classifier. It contains information about actual and predicted classifications. The below table shows confusion matrix of two-class, spam and non-spam classifier. 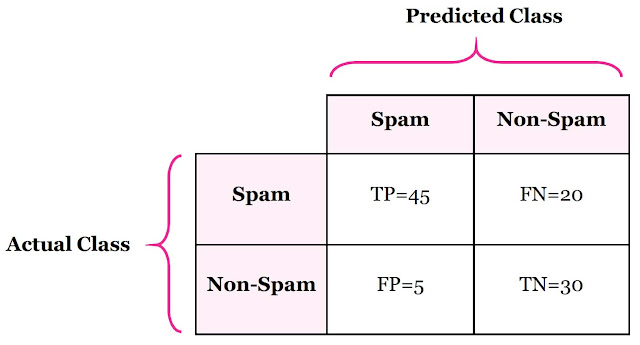 1. True Positive (TP) is the number of correct predictions that an example is positive which means positive class correctly identified as positive.
Example: Given class is spam and the classifier has been correctly predicted it as spam.

2. False Negative (FN) is the number of incorrect predictions that an example is negative which means positive class incorrectly identified as negative.
Example: Given class is spam however, the classifier has been incorrectly predicted it as non-spam.

3. False positive (FP) is the number of incorrect predictions that an example is positive which means negative class incorrectly identified as positive.
Example: Given class is non-spam however, the classifier has been incorrectly predicted it as spam.

4. True Negative (TN) is the number of correct predictions that an example is negative which means negative class correctly identified as negative.
Example: Given class is spam and the classifier has been correctly predicted it as negative.

Now, let’s see some advanced classification metrics based on confusion matrix. These metrics are mathematically expressed in Table 1 with example of email classification, shown in Table 2. Classification problem has spam and non-spam classes and dataset contains 100 examples, 65 are Spams and 35 are non-spams.

Sensitivity is also referred as True Positive Rate or Recall. It is measure of positive examples labeled as positive by classifier. It should be higher. For instance, proportion of emails which are spam among all spam emails. 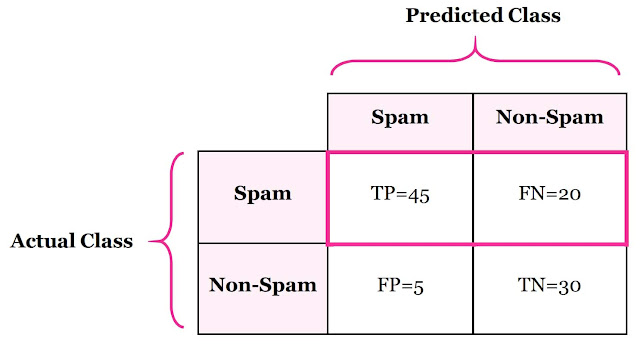 The 69.23% spam emails are correctly classified and excluded from all non-spam emails.

Specificity is also know as True Negative Rate. It is measure of negative examples labeled as negative by classifier. There should be high specificity. For instance, proportion of emails which are non-spam among all non-spam emails. 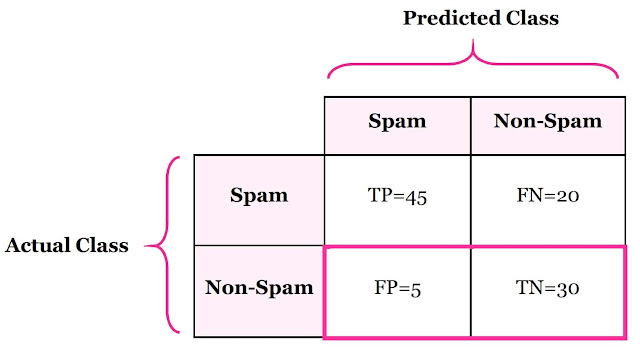 The 85.71% non-spam emails are accurately classified and excluded from all spam emails. 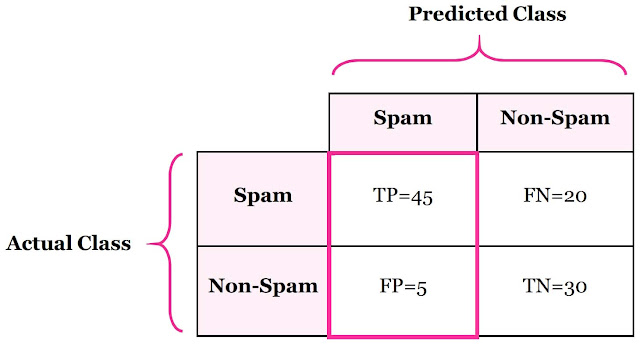 The 90% of examples are classified as spam are actually spam.

Accuracy is the proportion of the total number of predictions that are correct. 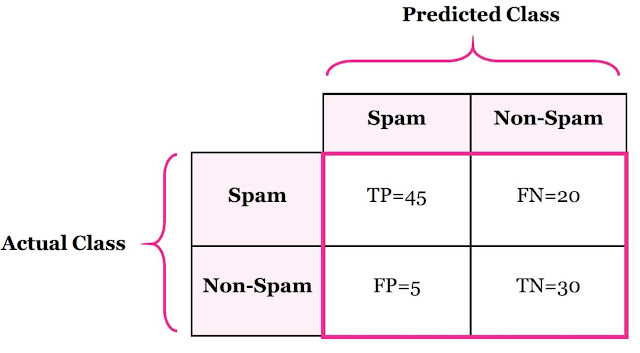 The 75% of examples are correctly classified by the classifier.


F1 score is a weighted average of the recall (sensitivity) and precision. F1 score might be good choice when you seek to balance between Precision and Recall.

It helps to compute recall and precision in one equation so that the problem to distinguish the models with low recall and high precision or vice versa could be solved.